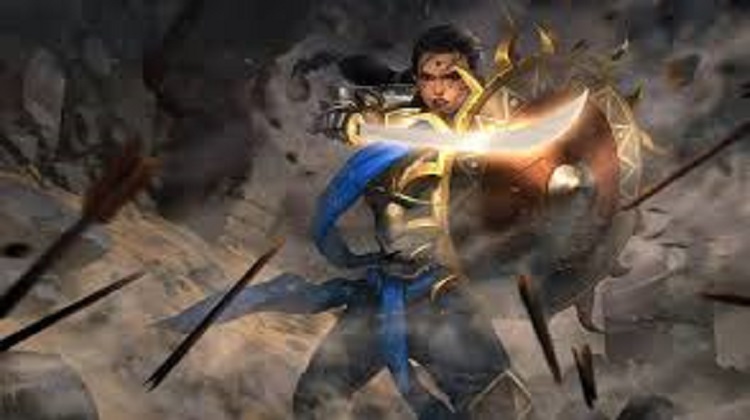 Those who think of other planes at all consider them remote, distant realms, but planar influence can be felt throughout the world. It sometimes manifests in beings who, through an accident of birth, carry the power of the planes in their blood. The genasi are one such people, the offspring of genies and mortals.

The Elemental Planes are often inhospitable to natives of the Material Plane: crushing earth, searing flames, boundless skies, and endless seas make visiting these places dangerous for even a short time. The powerful genies, however, don’t face such troubles when venturing into the mortal world. They adapt well to the mingled elements of the Material Plane, and they sometimes visit—whether of their own volition or compelled by magic. Some genies can adopt mortal guise and travel incognito.

During these visits, a mortal might catch a genie’s eye. Friendship forms, romance blooms, and sometimes children result. These children are genasi: individuals with ties to two worlds, yet belonging to neither. Some genasi are born of mortal–genie unions, others have two genasi as parents, and a rare few have a genie further up their family tree, manifesting an elemental heritage that’s lain dormant for generations.

Occasionally, genasi result from exposure to a surge of elemental power, through phenomena such as an eruption from the Inner Planes or a planar convergence. Elemental energy saturates any creatures in the area and might alter their nature enough that their offspring with other mortals are born as genasi.

Genasi inherit something from both sides of their dual nature. They resemble humans but have unusual skin color (red, green, blue, or gray), and there is something odd about them. The elemental blood flowing through their veins manifests differently in each genasi, often as magical power.

Seen in silhouette, a genasi can usually pass for human. Those of earth or water descent tend to be heavier, while those of air or fire tend to be lighter. A given genasi might have some features reminiscent of the mortal parent (pointed ears from an elf, a stockier frame and thick hair from a dwarf, small hands and feet from a halfling, exceedingly large eyes from a gnome, and so on).

Genasi almost never have contact with their elemental parents. Genies seldom have interest in their mortal offspring, seeing them as accidents. Many feel nothing for their genasi children at all.

Some genasi live as outcasts, driven into exile for their unsettling appearance and strange magic, or assuming leadership of savage humanoids and weird cults in untamed lands. Others gain positions of great influence, especially where elemental beings are revered. A few genasi leave the Material Plane to find refuge in the households of their genie parents.

Genasi rarely lack confidence, seeing themselves as equal to almost any challenge in their path. This certainty might manifest as graceful self-assurance in one genasi and as arrogance in another. Such self- confidence can sometimes blind genasi to risk, and their great plans often get them and others into trouble.

Too much failure can chip away at even a genasi’s sense of self, so they constantly push themselves to improve, honing their talents and perfecting their craft.

As rare beings, genasi might go their entire lives without encountering another one of their kind. There are no great genasi cities or empires. Genasi seldom have communities of their own and typically adopt the cultures and societies into which they are born. The more strange their appearance, the harder time they have. Many genasi lose themselves in teeming cities, where their distinctiveness hardly raises an eyebrow in places accustomed to a variety of different people.

Those living on the frontier, though, have a much harder time. People there tend to be less accepting of differences. Sometimes a cold shoulder and a suspicious glare are the best genasi can hope for; in more backward places, they face ostracism and even violence from people who mistake them for fiends.

Facing a hard life, these genasi seek isolation in the wilds, making their homes in mountains or forests, near lakes, or underground.

Most air and fire genasi in the Realms are descendants of the djinn and efreet who once ruled Calimshan. When those rulers were overthrown, their planetouched children were scattered. Over thousands of years, the bloodlines of those genasi have spread into other lands. Though far from common, air and fire genasi are more likely to be found in the western regions of Faerûn, along the coast from Calimshan north up to the Sword Coast, and into the Western Heartlands to the east. Some remain in their ancient homeland.

In contrast, water and earth genasi have no common history. Individuals have difficulty tracing their own lineage, and bloodlines occasionally skip a generation or two. Many earth genasi originated in the North and spread out from there. Water genasi come from coastal areas, the largest concentration of them hailing from the regions surrounding the Sea of Fallen Stars.

The distant land of Zakhara is known only in legends to most inhabitants of Faerûn. There, genies and spellcasters enter into bargains, and genasi can result from such pacts. Those genasi have been sources of great weal and woe in the history of that land.

Genasi use the naming conventions of the people among whom they were raised. They might later assume distinctive names to capture their heritage, such as Flame, Ember, Wave, or Onyx.

Four major subraces of genasi are found among the worlds of D&D: air genasi, earth genasi, fire genasi, and water genasi. Choose one of these subraces.

Your genasi character has certain characteristics in common with all other genasi.

You can speak, read, and write Common and Primordial. Primordial is a guttural language, filled with harsh syllables and hard consonants.

Your Constitution score increases by 2.

Genasi mature at about the same rate as humans and reach adulthood in their late teens. They live somewhat longer than humans do, up to 120 years.

Independent and self-reliant, genasi tend toward a neutral alignment.

Genasi are as varied as their mortal parents but are generally built like humans, standing anywhere from 5 feet to over 6 feet tall. Your size is Medium.

Your base walking speed is 30 feet.

As an air genasi, you are descended from the djinn. As changeable as the weather, your moods shift from calm to wild and violent with little warning, but these storms rarely last long.

Air genasi typically have light blue skin, hair, and eyes. A faint but constant breeze accompanies them, tousling the hair and stirring the clothing. Some air genasi speak with breathy voices, marked by a faint echo. A few display odd patterns in their flesh or grow crystals from their scalps.

Your Dexterity score increases by 1.

You can hold your breath indefinitely while you’re not incapacitated.

Mingle with the Wind

You can cast the levitate spell once with this trait, requiring no material components, and you regain the ability to cast it this way when you finish a long rest. Constitution is your spellcasting ability for this spell.

As an earth genasi, you are descended from the cruel and greedy dao, though you aren’t necessarily evil. You have inherited some measure of control over earth, reveling in superior strength and solid power. You tend to avoid rash decisions, pausing long enough to consider your options before taking action.

Elemental earth manifests differently from one individual to the next. Some earth genasi always have bits of dust falling from their bodies and mud clinging to their clothes, never getting clean no matter how often they bathe. Others are as shiny and polished as gemstones, with skin tones of deep brown or black, eyes sparkling like agates. Earth genasi can also have smooth metallic flesh, dull iron skin spotted with rust, a pebbled and rough hide, or even a coating of tiny embedded crystals. The most arresting have fissures in their flesh, from which faint light shines.

Your Strength score increases by 1.

You can move across difficult terrain made of earth or stone without expending extra movement.

You can cast the pass without trace spell once with this trait, requiring no material components, and you regain the ability to cast it this way when you finish a long rest. Constitution is your spellcasting ability for this spell.

As a fire genasi, you have inherited the volatile mood and keen mind of the efreet. You tend toward impatience and making snap judgments. Rather than hide your distinctive appearance, you exult in it.

Nearly all fire genasi are feverishly hot as if burning inside, an impression reinforced by flaming red, coal- black, or ash-gray skin tones. The more human-looking have fiery red hair that writhes under extreme emotion, while more exotic specimens sport actual flames dancing on their heads. Fire genasi voices might sound like crackling flames, and their eyes flare when angered. Some are accompanied by the faint scent of brimstone.

Your Intelligence score increases by 1.

You can see in dim light within 60 feet of you as if it were bright light, and in darkness as if it were dim light. Your ties to the Elemental Plane of Fire make your darkvision unusual: everything you see in darkness is in a shade of red.

You have resistance to fire damage.

Reach to the Blaze

You know the produce flame cantrip. Once you reach 3rd level, you can cast the burning hands spell once with this trait as a 1st-level spell, and you regain the ability to cast it this way when you finish a long rest. Constitution is your spellcasting ability for these spells.

The lapping of waves, the spray of sea foam on the wind, the ocean depths—all of these things call to your heart. You wander freely and take pride in your independence, though others might consider you selfish.

Most water genasi look as if they just finished bathing, with beads of moisture collecting on their skin and hair. They smell of fresh rain and clean water. Blue or green skin is common, and most have somewhat overlarge eyes, blue-black in color. A water genasi’s hair might float freely, swaying and waving as if underwater. Some have voices with undertones reminiscent of whale song or trickling streams.

Your Wisdom score increases by 1.

You have resistance to acid damage.

You can breathe air and water.

You have a swimming speed of 30 feet.

Call to the Wave

You know the shape water cantrip. When you reach 3rd level, you can cast the create or destroy water spell as a 2nd-level spell once with this trait, and you regain the ability to cast it this way when you finish a long rest. Constitution is your spellcasting ability for these spells.