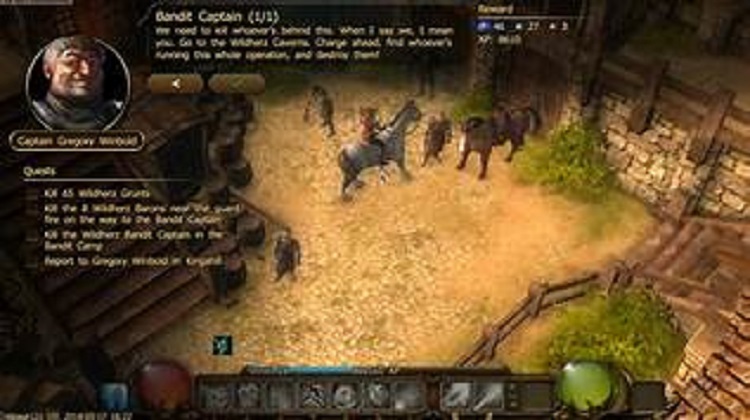 Parry. The captain adds 2 to its AC against one melee attack that would hit it. To do so, the captain must see the attacker and be wielding a melee weapon.

It takes a strong personality, ruthless cunning, and a silver tongue to keep a gang of bandits in line. The bandit captain has these qualities in spades. In addition to managing a crew of selfish malcontents, the pirate captain is a variation of the bandit captain, with a ship to protect and command. To keep the crew in line, the captain must mete out rewards and punishment on a regular basis. More than treasure, a bandit captain or pirate captain craves infamy. A prisoner who appeals to the captain’s vanity or ego is more likely to be treated fairly than a prisoner who does not or claims not to know anything of the captain’s colorful reputation.