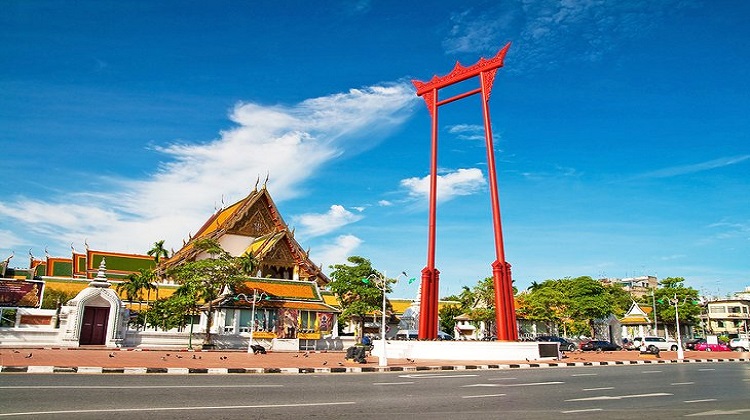 Khao San Road is, without a doubt, Thailand’s backpacker hub.  Budget travelers are attracted to this area because of the affordable lodgings, cheap drinks, great street food as well as the obvious party vibe. This tiny strip is packed with plenty of things to do, but venture a bit further out and you’ll find many remarkable attractions within a short distance.

Khao San Road is indeed a small street next to Ratchadamnoen Avenue, a significant thoroughfare that connects the neighborhood to Bangkok’s historic royal palaces and temples. Despite Khao San Road’s diminutive size, its backpacker subculture of inexpensive guesthouses, clubs, and eateries has spread to practically all of the streets around it. Khao San Road seems to be a raucous frenzy of activity for most of the day and certainly at night. The neighboring streets, such as the calm Soi Rambuttri, as well as the trendy, artistic district of Phra Athit Road, offer a wonderful retreat from Khao San’s congestion. When you’re travelling on a backpacker budget and have just landed in Thailand, chances are you’ll probably find yourself on Khao San Road or in the vicinity.

Ghost Tower in Bangkok is an abandoned building offering stunning views who dare to climb to the top. The incomplete high-rise complex that serves as this tower symbolizes the city’s failed hopes. Although it is a little more than a walking distance from Khao San Road, it is still worth seeing. The history of The Ghost Tower is both terrible and fascinating. It was intended to be a 47-story high rise with modern, contemporary features and luxurious apartments. Then came the economic crash, and today the building serves as a sobering reflection of the possibilities that were not possible. Even so, it’s still a stunning sight you should not miss while exploring Bangkok.

Traffic around the Democracy Monument around Ratchadamnoen Road in Bangkok is buszzing constantly. The monument is a large, western-style representation of Thailand’s embracing of freedom and independence. It was created by the Italian-born Thai resident Corrado Feroci, who later went by the name Silpha Bhirasi. The monument contains allusions to the bloodless revolution that resulted in Thailand’s transition into constitutional monarchy. The military services are portrayed in bas cut carvings at the statue’s base as both defenders of democracy as well as personifications of the Thai nation.

While temples are on everyone’s list, many Bangkok visitors don’t talk about museums or exhibitions. However, not far from Khao San Road, you’ll find the centrepiece of Bangkok’s craftsmanship and history: Bangkok National Gallery. This small gallery has a limited number of exhibits intended to highlight the difficulties and beauty of Thai life. If you’re in need of a respite from the crowds and the heat, consider spending 200 baht for some peace and quiet and an introduction to Thai traditional and contemporary art.

Khao San Road is also ideally located near some of the city’s most famous landmarks, including The Grand Palace and many Buddhist temples. You can start by walking or taking a tuk-tuk to the Grand Palace, a former resident of the early Thai Kings. Inside, you’ll find several impressive temples, including Wat Phra Kaew, also known as the Temple of Emerald Buddha. Make your way to Wat Pho to see the world-famous reclining Buddha, a must-see for any first-time visitor. 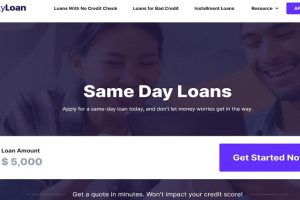 What Are Same Day Loans? 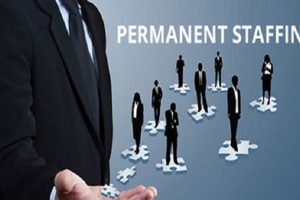 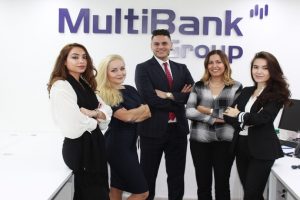